In mid-2020 Apple announced pro-privacy changes to the iPhone’s digital marketing permissions. It stated that every time someone opens an app the app must issue a warning stating its intention to use trackers for advertising purposes, and allow users to opt out. The move from data collection embedded in the design to asking permission has turned the digital cellular advertising world upside down.

The growing and successful global online advertising market feeds a digital economy that includes large and small companies, application developers, advertisers, marketers, creators and a long list of actors that extract and use the data of those of us who use the Internet. This economic model, they say, is what makes a free Internet possible, or at least an apps ecosystem that does not depend on user payments.

Digital marketing on cell phones is part of this market and has special characteristics, with unsuspected uses such as what we showed in Karisma, where I work, in July of last year. In the midst of the pandemic, we investigated the systems implemented by the administrations of Bogotá and Antioquia using advertising ads on Google and Facebook to warn about possible Covid-19 infections. We found that with “innovative” vision they used cell phone advertising identifiers, not to profile people buying products or services, but to track, scare and convince them to stay home.

Advertising identifiers are codes that function as trackers. They are unique numbers that individualize people on the Internet for advertising purposes. An identifier can be associated with habits, geographic location, browsing history, etc., to create a digital footprint of a person’s profile. Even if profiles are not associated with names, they are able to identify us –to the degree that in Colombia this was found useful enough to send customized stay-at-home notices to cell phones if you were near someone who was infected. Many identifiers are used in digital marketing. The ones used for Google Android cell phones are called “Android Advertising ID” (AAID), and the ones used for Apple iPhone IOS are called “Identifiers For Advertising” (IDFA).

Using these identifiers to track a person’s behavior through their cell phone is intrusive and a risk to privacy, as the French data protection authority stated it when it fined Google last year and determined that the AAID violated its General Data Protection Regulations. Noyb, the organization that filed the complaint, showed that although the AAID does not use people’s names, it lets companies, advertisers, app developers, etc., conduct constant tracking. In addition, they proved they are very effective in identifying us, without –on the other hand– allowing users to opt out because they were embedded in the operating systems of the devices –you could only interrupt the tacking by changing device periodically–. The digital footprint we leave when using cell phones is impressive, due to the large amount of data produced by a device we carry all the time and keep close to our body.

An important aspect of Apple’s brand equity has been defending privacy in its product design, and this was surely the background to the announced change and the digital economy earthquake that is expected, since Apple’s decision changes the ability of advertisers to deliver targeted advertising as they have been doing. The mobile digital marketing industry fears that if people can opt out of tracking, this will greatly reduce the data that enables profiling, as many people will not accept it. In addition, Apple says it will prohibit incentive or “it only works if you allow tracking” mechanisms and the penalty for breaking the rules will be the removal of apps from its store.

Facebook sated last August that this move will reduce by 50% what the digital advertising market produces through its audience. Facebook has also said that with this decision Apple changes the free nature of the Internet in favor of a paid ecosystem in which this company –Apple– will keep 30%. The fear of this scenario created a lot of uncertainty in the mobile digital advertising subsector, which, concerned, demanded clarity regarding the new rules, which led to the implementation being postponed until early 2021.

While the digital marketing industry accuses Apple of not engaging in dialogue, it notes that the situation involves issues regarding competition, and that the alternative Apple offers called SKadNetwork still does not convince them –as the profiling data it provides is very limited compared to the previous model– and applications (for example Gmail) are making efforts to adjust their practices to accommodate the new rules.

In this scenario, I join those who say that the ecosystem has anopportunity to redesign itself via a model that is friendlier to consumer rules and consumer expectations in more responsible and transparent markets. There is talk of valuing honesty, of engaging in efforts to reach the consumers of their products by exploring new mechanisms and thinking about privacy, placing individuals at the center and recognizing that there are people who do not want to give up their data in these processes and that therefore exploring alternatives is worthwhile.

In short, digital advertising will lose much of the finesse with which we are profiled and this will impact the revenues of one of the most booming industries in recent years –at least until something else is invented–. Those who sell products or services on the Internet will also suffer on account of reduced profits –special mention here of digital content creators, such as YouTubers– and even the viability of the free services that depend on this income is being questioned. But in a transversal reading it is important to keep in mind that the market is adjusting to growing demands for privacy, and this cannot be regarded as an exaggerated cost. If we continue as we are now, there will be other problems.

Here I discuss how Apple has moved its chips first, but the other company to consider in this game is Google, because it can also shake the board hard; we must watch its next decisions. The rules of digital advertising are being redesigned and it is not yet possible to know what this means for people. 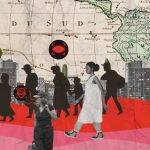