In a case that gained international attention and could become a bad precedent for the circulation of scientific research in Colombia.

In 2014, when he was still a biology student at the University of Quindío in Colombia, Diego Gómez shared an academic paper on Scribd, a service that hosts millions of documents on its online platform. The author of the document, using Colombia’s strict copyright laws, filed a complaint for the infringement of his copyrights before the criminal justice system and Diego was identified as responsible.

Today, more than three years after the criminal proceedings began, the Bogotá Court confirmed the first instance ruling in favor of the biologist Diego Gómez, in a criminal trial that could have meant 4 to 8 years in prison and a heavy fine for sharing an academic document online.

“The decision of the Bogota Court confirms what we have said over the years: sharing knowledge on the Internet cannot be a criminalised practice.

Today we are celebrating that justice was obtained in a case that is now known worldwide and that showed the serious consequences of unbalanced copyright laws,” said Carolina Botero, Karisma Foundation’s director, a Colombian civil society organization that has supported Gomez since 2014 with the Sharing is not a crime campaign.

The decision is cause for celebration for those who support the Open Access movement around the world, a model that seeks to leverage technology to enable immediate, online access, without subscription or fee-based registration requirements, to educational, academic and scientific digital materials circulating under a free license that also allows for their reuse and copy. In view of the monopoly of academic publishers, the Open Access model is an opportunity to accelerate the research process and achieve a greater impact on society.

While it is possible that the process may continue with a cassation appeal, today we welcome the fact that the justice confirmed that sharing is not a crime.

The Karisma Foundation thanks all the people who have joined the crowdfunding campaign in recent months to cover legal defense costs. This campaign will remain open until the process is finally over. Thanks to the contributions, Diego has been able to face this long process.
Learn more about Diego Gómez’s case here and open access here. 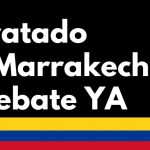 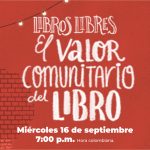 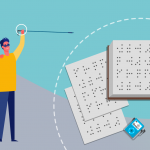