A wonderful news in the middle of this COVID-19 crisis happened a few days ago in Italy: a group of volunteers used a 3D printer to produce a valve for respirators that had been sold out in a hospital and that was in short supply on the market. Why, in the face of this news, could I only think, what an intellectual property problem! Here I tell you.

The group that solved the life-and-death problem did some re-engineering to redesign the part, get the blueprints and print the valves that were needed. When they solved the immediate problem, and since the shortage remained, they wanted to get the official blueprints to make more parts with better specifications. The company that manufactures the valves pointed out that they could not share them due to intellectual property restrictions and indicated that they could sue them. Still, they and other «makers» followed and many have turned to releasing new designs.

It is positive that to date there has been no notice of lawsuits; moreover, the company – owner of the intellectual property – has denied that it intends to take any action and therefore some believe that the threat is not such. For others, the initial warning that sought to discourage action is a threat.

I ask myself, with lives at risk and in the face of the humanitarian emergency, why should these people fear a lawsuit?, why do they have to work more, if the solution would be quicker if they were given the blueprints?, why is this a problem even in scenarios where the market cannot supply the resource? I’ll tell you a couple more cases.

In a natural disaster emergency, the humanitarian response is to assist the surviving population with a quick supply of food, toiletries, clothing, etc. After that you move on to reconstruction. To do this, you need data and maps to make decisions, to define priorities.

In 2012, Robinson Meyer recounted how Typhoon Haiyan in the Philippines was the setting in which the Red Cross first deployed its open strategy for dealing with emergencies and opened the way for the use of free mapping software, Open Street Maps (OSM), licensed the data openly and coordinated the community of OSM volunteers. The decision was made because using free solutions reduces or eliminates time and costs, and also alleviates expenses for those who must keep the process running after they leave. But, also because they do not always have the necessary background information, they have to create it soon and ensure that it is shared.

Since the typhoon alert, the Red Cross has called on more than 400 volunteers who have fed the map of the area at risk, identifying infrastructure such as roads, buildings and so on, and continued to map after the typhoon. These maps are the ones that rescuers and workers use to deploy aid in a terrain that will look very different from what it had been before.

In the Philippines, the National Geo-Spatial Intelligence Agency (NGA), operated by the US Department of Defense, had satellite images of the area that allowed them to know which sites were most affected. The NGA told the Red Cross where to focus its efforts. It was able to provide that information but could not deliver the images. The days passed and the authorization to share the images did not come, one of the reasons being: intellectual property.

A year before the Philippines, Colombia had a rainy season that generated large and important floods leaving thousands of people affected. What happened here has many similarities with what would happen later in the Philippines.

OCHA (the UN’s disaster relief organization) had trouble accessing maps from the Instituto Geográfico Agustín Codazzi (IGAC) to design the response for the Mojana area. IGAC – like the NGA – had to review whether and how it could deliver them due to intellectual property restrictions. It was explained to me at the time that IGAC often provided its services to private parties and the maps it was making were not always its own; they might have intellectual property restrictions in favor of the funder. They had to work out not only who in IGAC could release the maps – because sometimes internal regulation defined it – but also whether this decision still depended on them.

At that time, a community of OSM volunteers responded to OCHA’s call. With the support of the victims themselves and the GPS on their cell phones, they collected data and mapped the area to guide rescuers in making decisions and deploying aid. In 2012, these volunteers asked me to include an exception to address the problem of access to maps in emergencies in the copyright reform that was then underway – which finally happened in 2018. No one understood the problem, no one believed that this was really happening. I never documented it and now I am very sorry because the exception does not exist and except for our word there is no evidence of the problem. That said, IGAC has improved over the years, and the local OSM community has created its own humanitarian emergency response group.

Claiming exclusivity that guarantees intellectual property (with patents, utility models, maps, databases, etc.) should never be a barrier or reason to hinder a possible solution or support in the midst of a humanitarian emergency. I know it’s unbelievable, but it happens. For COVID-19, exceptions must be considered within the declaration of emergency.

In any case, I would love to document other examples that lead us to talk about and position the public interest as a necessary element of intellectual property, specifically in copyright for next year, since there will be a review of the exceptions for Colombia. Do you know of any cases? Tell me! @carobotero. 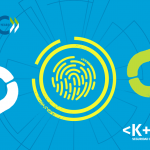 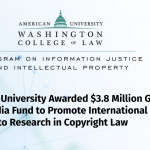