Two final hearings took place in May 2016, in the criminal proceedings that Colombian biologist Diego Gomez is facing for alleged copyright infringement.

“Whom you hurt the most when there is no any scientific information for years? the author or the country? activist and lawyer Carolina Botero, from Karisma Foundation asked in her column “Sharing is not a crime in July 2014 when Diego’s case was made public in the media. The criminal process that began more than two years ago has continued its course on May the 3rd and 18th when the judge hear Diego’s testimony. On August the judge will hear the concluding arguments of prosecutor and defence.

However, “the issue of access to scientific knowledge has not yet been debated in Colombia, although the system of academic publications is absurd here and on the rest of the world; researchers, activists, libraries and universities (including Harvard) started to argue why we should change the system” says Maria Juliana Soto, researcher at Karisma Foundation in the article “Scholarly publications system: story of nonsense.
As stated by Diego in a letter published on the campaign blog #CompartirNoEsDelito, it is a “long and exhausting process,” but he recognizes that the situation has strengthened him to complete his studies in conservation, and this is “a small obstacle compared to the great challenges we have in the conservation of our biodiversity and our survival as a species.”

At other times, the news about the hearings that are part of the criminal proceedings revived #CompartirNoEsDelito campaign, #StandWithDiego and the declaration of global support for open access to knowledge signed by more than 35,500 people, promoted by organizations like Karisma Foundation, Open Access Button, EFF, Sparc and Creative Commons. This time is not an exception.

If the thesis shared by Diego on the Internet had been originally published in open access repository, the criminal case simply would not exist because open access allow to copy, use and share scientific work unrestricted access to full text under a free license. It is time for open access to be the rule rather than the exception for publicly funded scientific publications. 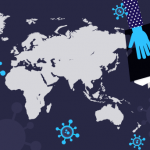