Today is World Press Freedom Day, and Karisma Foundation, is raising a warning flag about the risks to the democratic, independent, and plural exercise of this right, in the midst of the turbulent moments that Colombia is experiencing due to the ongoing #NationalStrike which started on the 28th of April.

Press release. Bogotá, May the 3rd.

We denounce that the social protest in Colombia does not have the guarantees to be carried out, we also want to highlight that the powers of the Police and the Mobile Anti-Riot Squad -ESMAD- to manage and establish the limits and scope of their actions during these days have not been regulated. We reject that the government’s response is a commitment to the greater militarization of our society.

Karisma makes a call to respect and protect social protest as a right that, due to the COVID-19 pandemic and the lack of guarantees on the streets, is increasingly being exercised in digital spaces; young people and adults, members of civil society organizations, student associations, human rights defenders, and independent media, use their own cell phones, technological devices, and social networks to record, disseminate and report what happens in these protests, including the abuses, and excessive force used by the authorities.

The digitization of the protest, more than a necessity, is a fact and we need guarantees so that the right to protest is extended to these spaces. Rights in the digital environment are human rights too!

Actions of control, coercion, repression, violence, censorship and state and parastatal abuses demand a requirement that the terms of article 21 of the human rights charter and in the manner as described in General Comment 37 (2020) of the Committee on Human Rights of the UN, of which Colombia is a part, are implemented.

We return to this topic and highlight three important aspects:

1. Connectivity and dissent must also be guaranteed on the internet

This not only means refraining from blocking or hindering internet connectivity in connection with peaceful gatherings, but it also means striving to create an environment conducive to people meeting online and having access to digital technologies to organize, participate and monitor face-to-face meetings. They must also be able to share content and use their accounts to protest without being stigmatized or flagged for doing so.

2. The protest does not justify the surveying or inspection of cell phones

Anyone can record police procedures by any means. But, the Police cannot seize information from a cell phone without a court order (it only has the power to do so within an information retrieval procedure tied to a judicial process). Nor can they erase or alter the information held on the devices. Art. 15 of the Constitution guarantees the right to privacy, which includes the privacy of correspondence and other forms of private communication that are inviolable.

Correspondence and other forms of private communication -chats, comments on social networks, messages or email conversations- as well as any file that is saved on a cell phone -photos, videos or audios- “can only be intercepted or registered by court order, in the cases and with the formalities established by law ”.

3. The regulation of the technology that can be used in the protests is pending.

Given the fact that not any type of weapon can be used during a protest – even the use of non-lethal weapons is regulated -, neither can any technology be used, nor can the authorized ones be deployed in any way. Even if the authorities use any kind of technology, this does not make it legitimate and forces us to point out this issue, especially today.

In this sense, we highlight that:

We respect and support the right to protest and social mobilization

Have you been blocked or hampered access to the internet or telephone networks, censored content, social media accounts, during your participation in this #NationalStrike?

Fill out this quick survey! We want to collaborate and know the problems you are facing.

If you are interested in conducting an interview or have some content in mind to develop, write to us at: communications@karisma.org.co 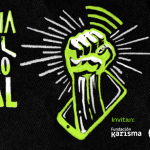 16/Junio/2021. Joint civil society statement: “People’s health and rights – and not intellectual property and profit – should be at the centre of responses to the COVID-19 crisis” As international, regional and national civil society organisations working at the intersection of technology and human rights, we are deeply concerned over the fact that access to... 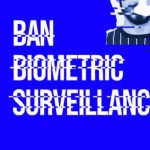